Boris Johnson was booed and jeered as he arrived and left St Pauls Cathedral. Stepping from his car at St Paul’s Cathedral in London with his wife, Carrie, the prime minister was met with jeers and boos along with whistles by angry and frustrated spectators.
The Service included bible readings, of which Boris read one, anthems, prayers and congregational hymns, expressing thankfulness for The Queen’s reign, faith and service; desire to foster unity and peace amongst all peoples; and commitment to care for God’s creation.

The Service included a new Anthem by Judith Weir, Master of The Queen’s Music, that sets to music words from the third Chapter of the Book of Proverbs. 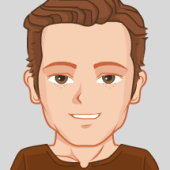 Do we need a General Election now?

BCP Council makes it into the National Press!